Loving Beethoven and your country seem to be a dangerous combination 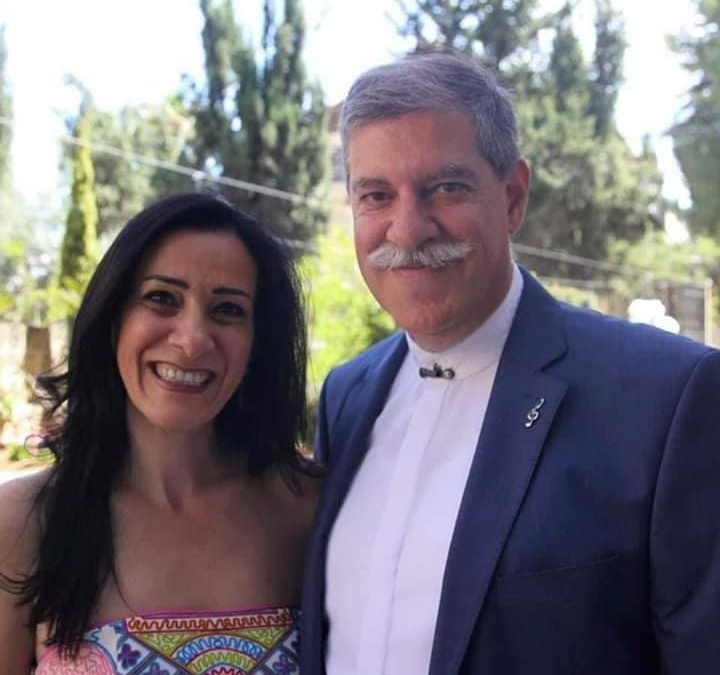 Other than the ongoing daily policies the Israelis are trying to enforce in East Jerusalem, we do not know what triggered the attack on the morning of the 22nd of July, on The Jerusalem Society for Music Education “Edward Said National Conservatory of Music” and Yabous Cultural Center, two of the most prominent cultural institutions in Jerusalem. The attack was simultaneous with the storming of our apartment and my arrest alongside my wife Rania, who manages Yabous. Bishop Atallah* believes such arrests are targeting Christian leadership in the city. Rania and I have considered the possible relationship with the court case underway for our family reunification†. The Israeli authorities are trying to deny us living together in Jerusalem even after 22 years of marriage. And there are several other theories, all of which might be true. However, I believe that Beethoven is to blame, and I will tell you why.

I have been brought up listening to classical music. At four years of age, my mother tells me that I would stand in front of the gramophone and move my hands with the music as if I was the great Karajan himself conducting Beethoven’s 5th. My addiction to Mozart’s Eine Kleine Nachtmusik was intense, as she suggests. I was also brought up to love my country and care for its people and their well-being. I have dedicated my life trying to instill those two values in young Palestinian generations’ lives.

To only love Beethoven does not seem to bother the Israeli authorities. To only love your country also does not seem to bother them. Because if you love your occupied country and do nothing about it, there is no harm in that for them. If you act upon this love violently, Israel has a lot of experience of dehumanizing you and portraying you to the world as a terrorist. But to love your country and act on it by performing Beethoven seems to be dangerous, as the Israeli authorities have no prepared formula for how to deal with this “threat.” Suddenly, you become human in the eyes of the world, and Israel must hate that. How can anyone dehumanize a well-educated and talented generation of Palestinians? How can anyone condemn an 80 strong Palestine Youth Orchestra getting a standing ovation from about 2000 Dutch spectators at the famous Concertgebouw in Amsterdam or a 4000 strong Royal Albert Hall in London?

In the Israeli police statement released the day of the attack, they mentioned that they targeted two institutions that promote Palestinian culture. Guilty as charged. But what we also promote is hope. We teach tolerance, respect of the other, gender equality, freedom of speech, cultural exchange, and fundamental human rights.

So how can they silence us? They have chosen to attempt to smear our reputation by using false evidence of money laundering, an outrageous and baseless accusation. To get an Israeli judge to grant the police a warrant, they must make it seem dangerous: thus, the money laundering had to be for supporting terrorism. That is why the attack was accompanied by an extremist Israeli media campaign to try to discredit the work of hundreds of artists and the music learning of thousands of children.

Although our organizations love their country and have respect for their political parties and their struggle for independence, I can assure you that none of the ten members of the Shafaq network of Art centers in Jerusalem have any affiliation with any political party. The Israeli fanatic media fabricated these links.

The amateurish level of this Israeli news invention even failed to distinguish between Suhail Khoury, the Palestinian politician affiliated with the PFLP‡ residing somewhere in the Diaspora, and Suhail Khoury the composer and choral conductor from Jerusalem writing this letter to you.

Nevertheless, the aim of this smearing attempt is severe and might lead to shutting us down. That is why we urge all our friends to move promptly and swiftly to safeguard the National Conservatory of Music and our cultural institutions in Jerusalem. Please organize music concerts to raise awareness. You can also lobby your politicians to pressure Israel to take its hands off our music school and Yabous Cultural Center. Sending condemning letters to Israeli diplomats in your respective countries might also help. Your support at this time is crucial so that we can continue teaching the love of Beethoven and the love of our Arabic music. Demand the Israeli authorities lift their foot off our necks so that we can sing in freedom.

†Family Reunification – Suhail Khoury, like many Palestinians, is a native of Jerusalem, but he is considered by the Israeli government as a ‘resident’ of Jerusalem, a status that can be revoked for any reason, at any time. Palestinians, like Suhail, who reside in Jerusalem, are given a special ID that identifies them as ‘Palestinians’, and although they live in the same city they do not have the same rights as their Israeli neighbours. That in turn separates them from other Palestinians who are living in the West Bank or Gaza, as well as Palestinians with Israeli citizenship. When a Jerusalem ID holder, like Suhail, marries a Palestinian who is from Bethlehem (West Bank), as is the case with Rania, despite the fact they have been married for 22 years she cannot benefit from her husband’s status and doesn’t have legal residency in Jerusalem (the physical distance from Jerusalem to Bethlehem is 7km). Israel does not easily give Palestinians a Jerusalem ID therefore the person becomes ‘illegal’ in his/ her own country. Despite over two decades of marriage Rania still does not have a Jerusalem ID.

‡PFLP – Popular Front for the Liberation of Palestine.

The above is a journalist’s transcript of an eloquent and poignant speech given by Suhail Khoury.