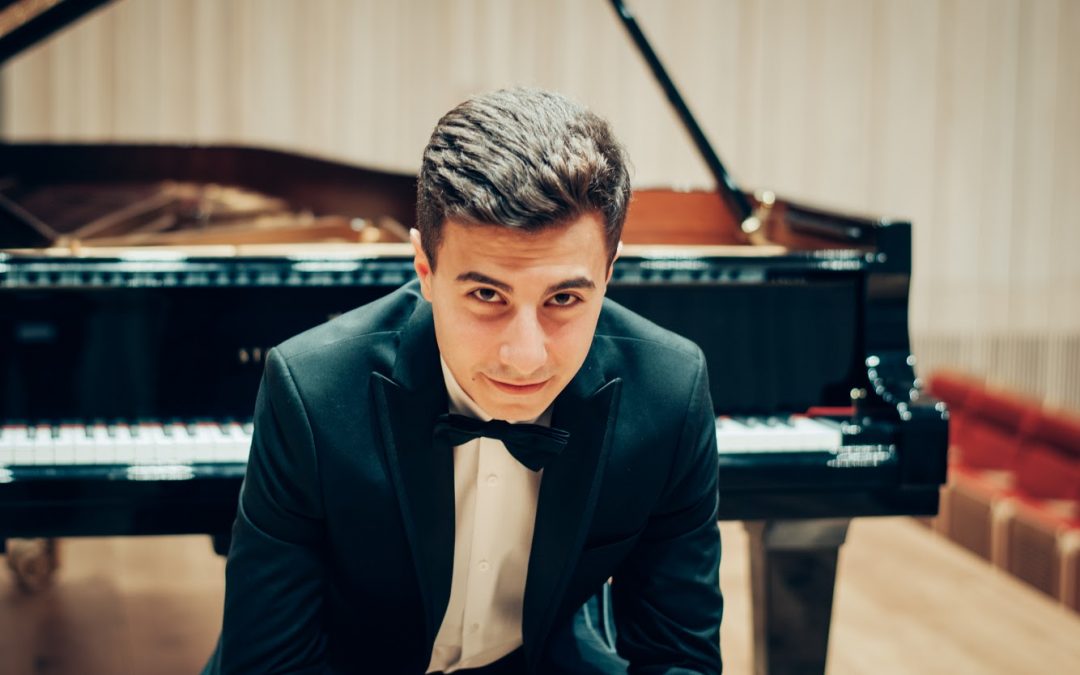 Book your tickets now for Iyad Sughayer’s Concert in support of PalMusic UK. Iyad is performing this benefit concert to raise funds all the young Palestinian musicians that PalMusic supports.

He will delight us all with an incredible programme:

Chosen as ‘One to Watch’ by International Piano Magazine, Iyad’s debut album – Khachaturian Piano Works for BIS Records was released in November 2019 to critical acclaim. The album was described by Gramophone as ‘exhilarating and delivered with perfect clarity’ and ‘an outstanding debut’ by BBC Music Magazine.

In 2021 Iyad was a prize-winner at the Young Classical Artists Trust (YCAT) International Auditions. At the opening of the 2021/22 season he recorded his second CD for BIS with the BBC National Orchestra of Wales conducted by Andrew Litton including Khachaturian’s Piano Concerto and Masquerade.

Recent highlights include an invitation to contribute to the BBC Arabic documentary ‘London Lockdown’, in which he took part as a character and recorded the soundtrack for the music. This season he gives recitals across the UK, at Dubai Opera House and in Jordan.

Born in Amman, the Jordanian-Palestinian pianist, Iyad studied at Chetham’s School of Music, the Royal Northern College of Music and Trinity Laban Conservatoire of Music and Dance where he won the College’s prestigious Gold Medal.

He completed his International Artist Diploma at the RNCM in 2019 with Murray McLachlan, Martino Tirimo and Graham Scott and in the same year became a City Music Foundation Artist. In 2021 he was made an Associate of the Royal Northern College of Music (ARNCM).

He captures the music’s essence with such a close sense of recreative identity that it feels on occasion as though he could be composing it as he goes along. An outstanding debut BBC Music Magazine / Khachaturian: Piano Works CD (BIS
Records) / March 2020 exhilarating and delivered with perfect clarity … It’s a release that leaves one eager to hear Sughayer in other repertory while eloquently arguing that Khachaturian’s piano music deserves re-evaluation as something more than teaching pieces.Gramophone / Khachaturian: Piano Works CD (BIS Records) / February 2020