To all PalMusic’s readers and supporters we send you our warmest wishes for a “Happy and Healthy New Year 2020!”

It is on a high note that we start our New Year sharing with you joyful news of Palestinian flautist, composer and singer Nai Barghouti who has recently won the Dutch Concertgebouw Young Talent Award 2020. This prestigious award was granted following two incredible performances: last November in the Kleine Zaal (Recital Hall) where Nai paid tribute to the Lebanese Diva Fairuz. The event was sold out and the audience enthralled, as it had been a few months earlier for another outstanding performance, this time with the PYO (Palestine Youth Orchestra), last August. The Grote Zaal’s (Main Hall) exceptional acoustics amplified Nai’s crystal clear vocals. I was there in the audience, enchanted like the rest of the spectators by Nai’s musical virtuoso as she morphed Arabic Classical Taqasim into Jazz improvisation into Bach’s Toccata and Fugue like brilliance. Was she a voice or an embodied flute? Her performance was that of a young woman mastering a musicality layered with technical knowledge, incredible creativity, and refined emotional ‘scales’.  Nai beckons a generation of young highly talented Palestinian artists who have given a stage to new musical language integrating diversity, forged by deeply lived life-experiences. Congratulations Nai!

Another piece of good news to share is the award winning ‘Gaza’ film, by Gary Keane and Andrew McConnell, featuring cellist Karma, one of The Gaza Conservatoire’s young female students who testifies music helps not only survive the pain of a life lived under siege, but that music creates a language and a tone wars cannot stifle. “My cello is my own translator to what I feel”, she says. Karma’s dream is “to play the cello like a professional and to give it what it deserves”. I should like to add that The Gaza Conservatoire is hanging on by the skin of its teeth, and generous funds to allow it to remain open and alive are urgently required. If you have not yet seen the film please download it from the film’s website and do everything you can to help PalMusic make the viability of ESNCM’s Gaza branch possible, and beautiful dreams, like Karma’s, come true. Thank you in advance for your generous donations.

I will stop here for you to read the rest of our exciting news whilst drawing your attention to all the efforts Palestinians put in place to live a dignified life. Please support our work, and our call for funds: for the ESNCM’s music competition, and for young Marc Kawwas’ musical education and his future, for without the input of our successful young artists and the promise of hope and peace they give through their art, the world would be a much poorer place. Please dig deep and give generously! 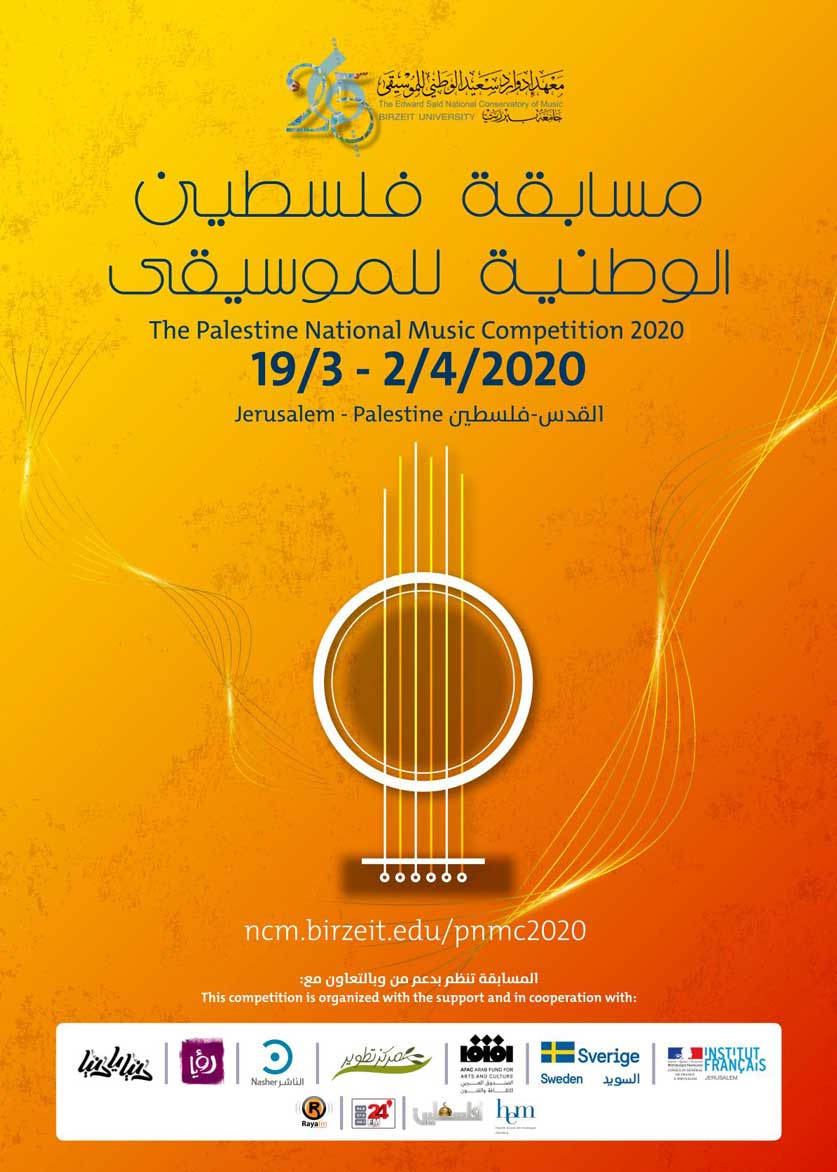 The clock is ticking for this major event, March will see the international jury at work for the selection of the musicians who will participate in the final Public Performance and Award ceremony to be held at the Cultural Palace, Ramallah, on 2 April.

PalMusic is pleased to be associated with this important happening by supporting three jurists from the UK:  Wissam Boustany , Trustee and Artistic Director of PalMusic, as well as two teachers from Trinity Laban School of Music, Karin Norlen and Aleksander Szram. Both are tutors with the Long Distance Learning programme with the Gaza Music school.

Initiated in 2006, the Competition targets young talents aged six to thirty years and hundreds of children and youth will be participating.

The National Competition provides a platform that encourages and promotes professionalism and excellence in music, while  also facilitating interactive exchange among Palestinian young musicians from all parts of Historic Palestine.

This brief carries with it an appeal for contributions towards the awards for the finalists, first, second and third positions. This covers Western and Arabic Classical Instruments, as well as Ensembles Playing,  Piano Duet , Arabic Singing, and Composition. You will find full details in the Autumn Newsletter. Awards range from  $250;-.to  $1000.-

PalMusic invites friends and supporters to donate to this major undertaking.

Gaza at the Film Festivals 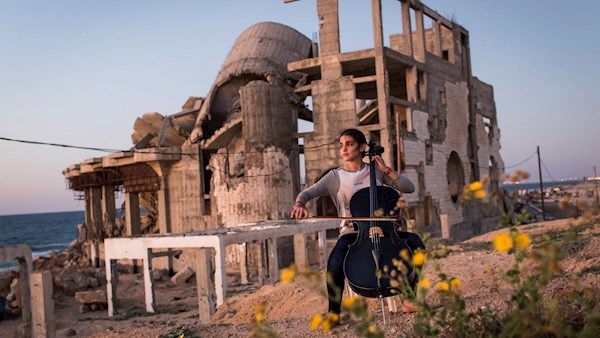 This is Kharma who studies at the Edward Said National Conservatory of Music in Gaza. She features in a new film called GAZA by Gary Keane and Andrew McConnell, playing her ‘cello to cover the noise of bombs dropping around her’.

The film has won a prize at the Irish Film Festival, been selected for the Sundance Film Festival and is now being entered for an Oscar as Ireland’s only entry. Watch the trailer below and find out more about the film here – gazadocumentary.com 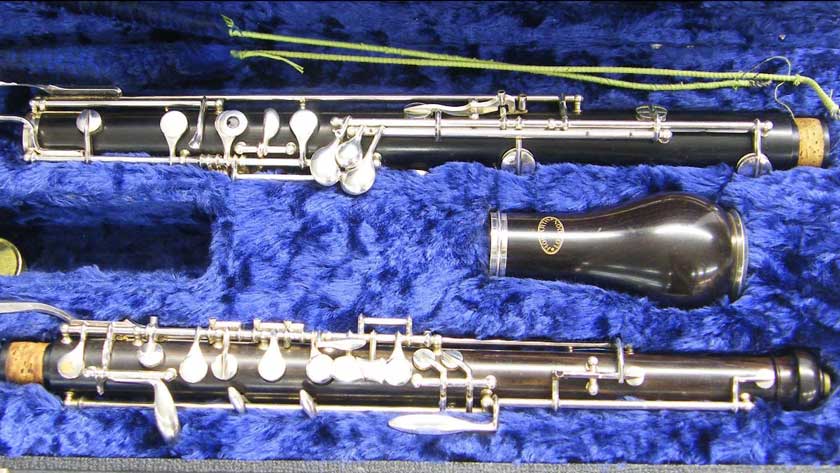 We are extremely grateful for the generous donations of instruments that we receive in the UK on behalf of ESNCM.

For example, a beautiful Cor anglais and Oboe made by Howarth of London was donated in Dundee after our concert there last summer. In order to safely get this precious cargo to Palestine we work through networks of individual supporters.

In this instance, we are on the look out for supporters who could get these instruments from Dundee, Edinburgh or Glasgow to our office in London, where we have help lined up with the British Council to transport them to Palestine.

PYO Tour August 2019
Final Concert in Amsterdam at the Concertgebow.

Fresh from the production unit of the ESNCM, we are pleased to share with you some clips from the final concert.

The dynamic beat of the music is definitely supported by the heartbeats of the youth, loaded with love, joy and hope.

Common Ground 2020 is the Woodcraft Folk’s International Camp in Kent where 3000 young people from all over the world will gather in friendship.

A Brighton Woodcraft District will host a Palestinian delegation at Common Ground. ESNCM is the Palestinian partner in this venture and the young delegates coming to camp are students from ESNCM’s Ramallah, Nablus and Bethlehem branches. Children grow in confidence and learn about the world at these camps through debate, play, song and cooking together.

For more information and to help bring a strong Palestinian delegation to International Camp follow this link to donate now! 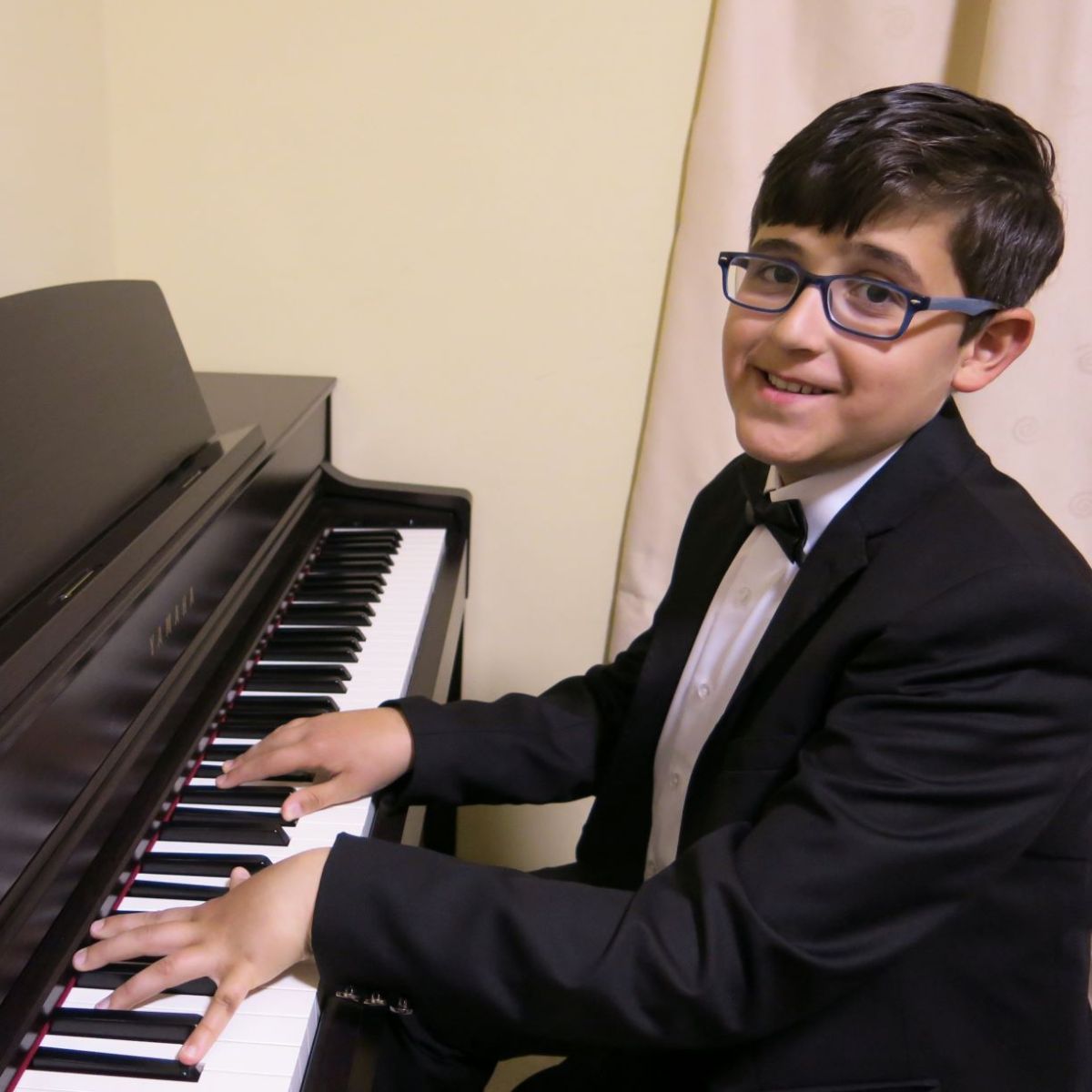 Further to the brief on Marc in our last Newsletter, we are pleased to share with you the news that Marc has been awarded a place at Chetham’s School of Music in Manchester starting September 2020.

Currently, Marc is pursuing his music education at the ESNCM, Bethlehem Branch. For an exceptionally skilled and talented young pianist, Chetham offers Marc a rich music education environment to go further with his piano education, offering the opportunity to realise his dreams and aspirations to move forward to new horizons.

Palmusic is happy to serve as a channel for the realisation of this wonderful opportunity for Marc, and invites friends to contribute to the appeal put forward by Marc’s mother.
Please follow this link to make your donation.

Nai Barghouti is a Palestinian singer, flute player and composer. She began learning flute at the Edward Said National Conservatory of Music in 2003 at the age of 6, and also discovered a passion for singing and composing during her childhood in Palestine. Nai won several woodwind and vocal prizes in Palestine at the biannual Palestine National Music Competition in 2006, 2008 and 2010.

She graduated in flute performance from the ESNCM in 2011 at the age of 14, and launched her professional singing career in the same year with sold-out concerts in Cairo, Kuwait, Beirut and several Palestinian cities. The media in Lebanon called Nai a “classical diva,” while art critics in Egypt compared her to the legendary Umm Kulthoum.

Nai has continued her association with the ESNCM, first as principal flute in the Palestine Youth Orchestra, and subsequently touring with the PYO on several occasions as a vocal soloist. Tours as a soloist with the PYO have included the United Kingdom in the summer of 2016, and Northern Europe in 2019, which included her debut at the Concertgebouw of Amsterdam.

In 2017, Nai led an accompanying band of musicians on her first independent five-city tour in the UK, where she presented both original material and arrangements of classic Arabic repertoire.

In May 2018, Nai played a leading role in Orfeo and Majnun, an opera production that combines Arabic and Western music together through the two love stories: Orpheus and Eurydice, and Qais w Layla. She performed in sold-out concerts at La Monnaie opera house in Brussels and at the famous Aix en Provence festival in France, in front of an audience of over 8000 people.

Nai studied for two years at the Indiana University, Jacobs School of Music and is currently pursuing her studies in jazz performance, focusing on jazz voice, at the Conservatorium Van Amsterdam, Amsterdam University of the Arts, where she is exploring the relationship between classical Arabic singing (tarab) and jazz. In January 2020 Nai was the recipient of the Concertgebouw Young Talent Award. The director of the Concertgebouw, Simon Reinink, said of her award, “Nai Barghouti is brimming with talent and has amazing presence as well as technical control. Her musicality is boundless… It was absolutely clear to us that she had to receive this year’s Concertgebouw Young Talent Award.”