The PYO and the Oslo Philharmonic; A friendship founded on music that means a lot more

The Oslo Philharmonic and the Palestine Youth Orchestra: A friendship founded on music that means a lot more

“We have all had great experiences working with the PYO. The orchestra has a high artistic level considering the members’ young age and their various backgrounds. It has always been a rewarding experience to work with the young members of the PYO who are talented, motivated and positive representatives of the next generation of Palestinian musicians. On a personal level, I have collected many fond memories from working with these extraordinary people. Their enthusiasm, dedication and high musical level is not only very impressive but have also represented an eye-opening experience on what a powerful force music can be.”
Torbjørn Ottersen, co-principal timpani, Oslo Philharmonic Orchestra 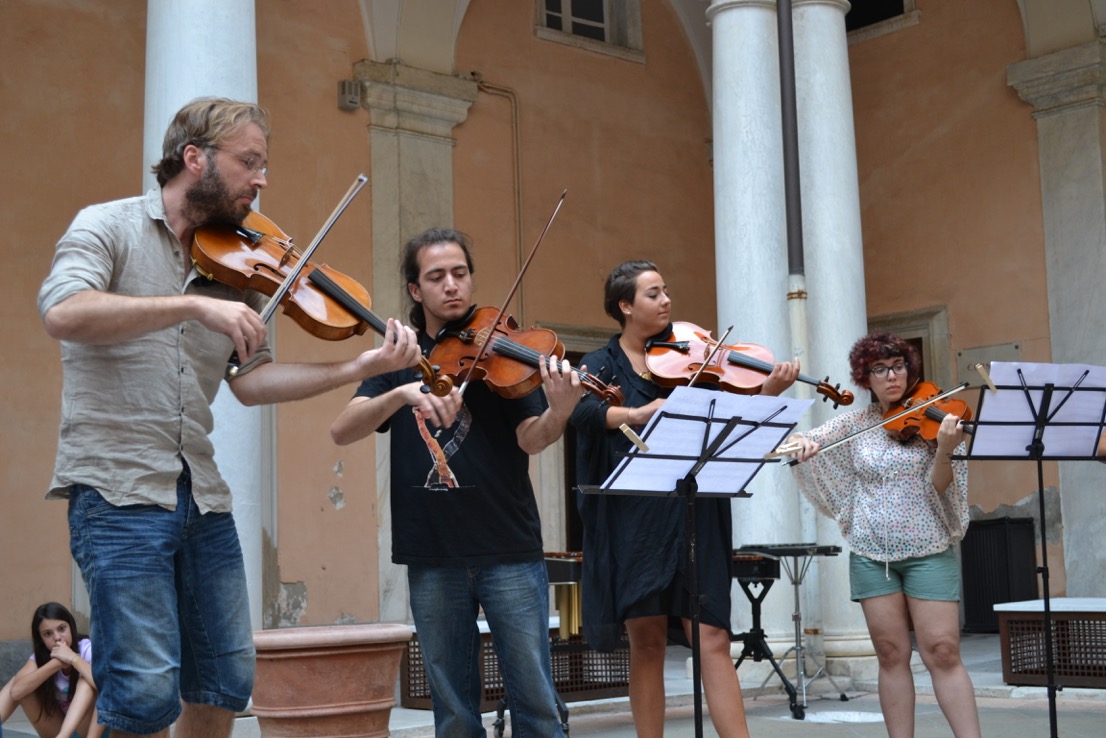 The Palestine Youth Orchestra likes to think it has a special identity in the world of youth orchestras. Many of the musicians have been schooled in both traditional and classical music and it is not unusual for students to celebrate a successful concert by more music being played into the night. As well as a Mediterranean energy in their style of music-making and an Arabic dimension to their programming, they take pride in representing their people around the world, showing Palestine at its best. Those vital ingredients led to unanimous critical acclaim from the British press when members of the orchestra performed with Nigel kennedy at the BBC Proms in 2013.
This summer the PYO comes to the United Kingdom for the first time following on from successful tours in Europe and throughout the Middle East. However, in recent years the PYO has received a Nordic boost from an orchestra more familiar to Birmingham audiences in the form of the Oslo Philharmonic Orchestra. Several of the Oslo musicians have travelled to Palestine and other countries to coach the young musicians and nurture their talent thanks to grants from the Norwegian Ministry of Foreign Affairs.
The roots of this inspirational co-operation were planted when Torbjørn Ottersen, the orchestra’s co-principal timpanist made a personal trip to Palestine with his wife and – purely out of curiosity – paid a visit to the Edward Said National Conservatory of Music (ESNCM).
“I saw an advert on musical chairs, a website that advertises jobs for classical musicians. The ESNCM were looking for a percussion teacher. I had at an earlier stage done some international music teaching, and ESNCM sounded like a very interesting project. I wasn’t in the position to take up a teaching job there, but I wrote to them expressing my interest in helping them out somehow.”
After dinner in Bethlehem with the school’s academic director and orchestra manager, he agreed to introduce some young piano students to orchestral percussion in a project with the ESNCM Orchestra. The repertoire included Mozart’s Don Giovanni Overture and Dvorak’s Czech Suite alongside contemporary Arabic music he was less familiar with. He enjoyed the experience so much that he agreed to join the PYO coaching team later that summer in Palestine and has been regularly visiting the school as a coach ever since. After the first year, Torbjørn was joined by more colleagues, this time working in Jordan and Italy, and last year the orchestra was coached almost exclusively by musicians from the Oslo Philharmonic to prepare the PYO for their French tour with the Oslo Philharmonic becoming the PYO’s official coaching partner.
The cooperation is renewed this summer as five musicians from Oslo will travel to Palestine to coach at the ESNCM’s residential facility in Birzeit and two others join a coaching team of professional Scottish musicians when the PYO rehearses at the Royal Conservatoire of Scotland. The PYO start their UK tour in Perth and continue at the International Society for Music Education annual conference at Glasgow Royal Concert Hall. Sixty-Five musicians from Palestine are joined by students from the Royal Conservatoire of Scotland, Royal Welsh College of Music and Drama and Guildhall School of Music and Drama. On their first UK Tour, they will perform music by Beethoven, Mussorgsky and Graham Fitkin, alongside songs by legendary Egyptian and Lebanese singers Oum Kelthoum and Fayrouz.
BOOK TICKETS HERE 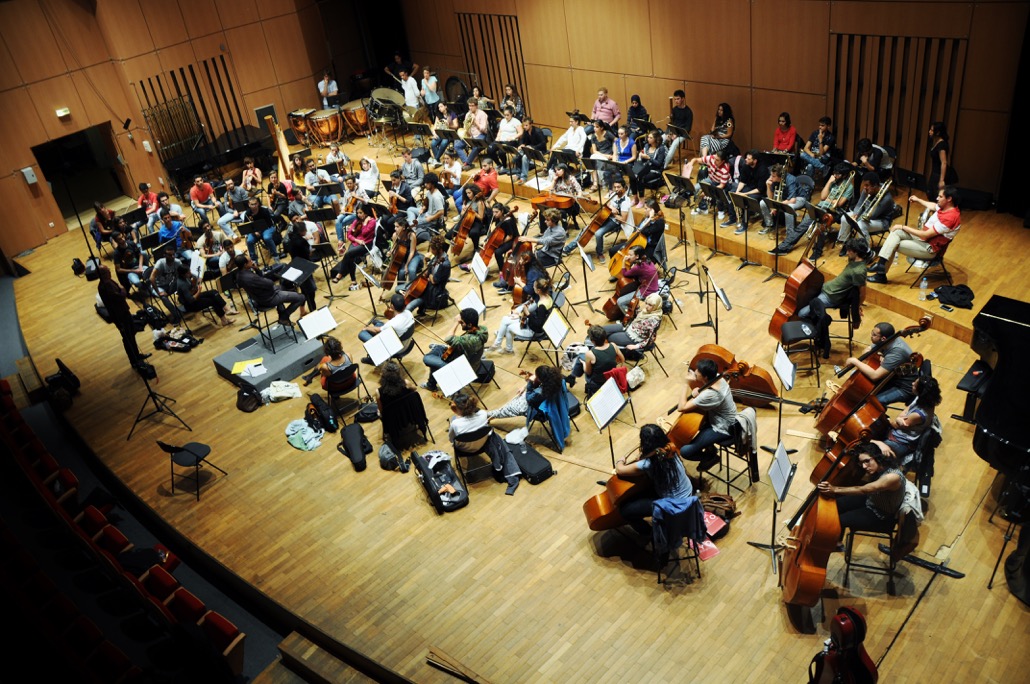